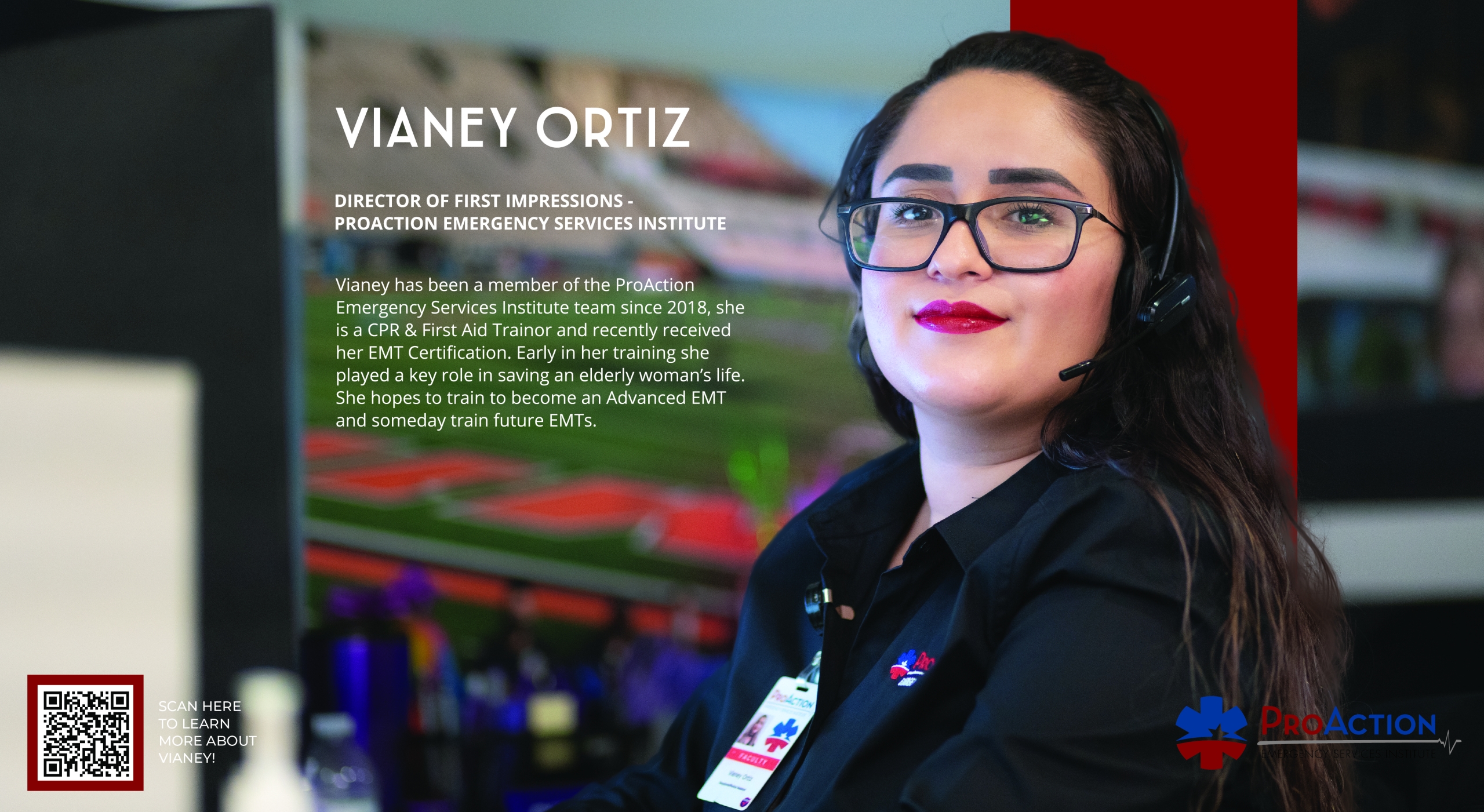 Prior to enrolling and then graduating from the EMT program, Vianey had been working at ProAction in various capacities for three years, primarily focusing on CPR.  A role in saving the life of an 80-year old El Paso woman is constant validation that her training and work at ProAction are very rewarding.

During her training, a call came into the fire station Vianey was at.  An elderly woman told responders she feared she was having a heart attack. When Vianey’s team arrived, they found the woman sitting in a chair next to the front door of her home, bending over and holding her chest. The team prepared her for transportation in the ambulance but once she was inside it and an IV was initiated, the woman began “coding.”

Vianey’s training from ProAction kicked in instinctively and she began administering  CPR while her other three teammates performed their duties to keep the woman alive. After about seven minutes of CPR, “they achieved ROSC (Return of Spontaneous Circulation) on route to the hospital.” The woman made it to the emergency room of the hospital and eventually recovered.

“The training I received at ProAction helped me feel more confident in taking the action I knew was needed to save her life,” Vianey says. “The whole incident made a big impact on me.”

Vianey, a graduate of Bowie High School and a life-long El Pasoan, says she always wanted to be in the medical field.

ProAction, she says, has provided a “really good education that has opened up a lot of opportunities.

She says she hopes to do training for advanced EMT work or to be a trainer for future EMTs. She is expecting her current training to come into use when ProAction provides emergency medical services for concerts and other community events around El Paso.